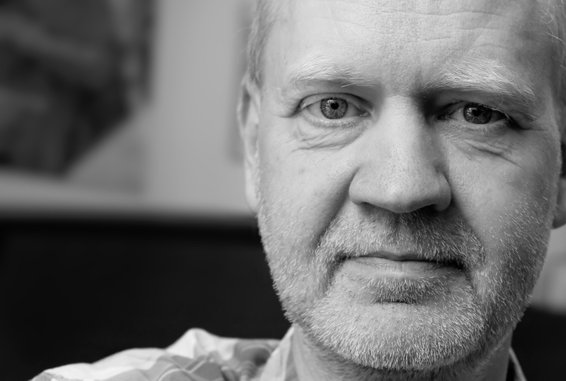 <- back to first page

Örjan Sandred’s music explores the impact of technology in the arts. Since the late 1990s, he has composed a series of compositions with live electronics, including solo parts for guitar, pipe organ, oboe, saxophone, piano, percussion, violin, cello and voice. Each piece focuses on a specific characteristic, for example “Ice Fog” for alto saxophone, piano and live electronics uses saxophone multiphonics as a starting point for sound synthesis, or “On the Floe Edge” for oboe, bass drums and live electronics brings out the rhythmic pulsating energy in the large drums through spatial manipulations. He has composed music for Wave Field Synthesis spatial audio (“Konzert für Konzerthaus” for the concert hall in Detmold, Germany), a solo concerto for the Yamaha WX5 wind controller and Symphony Orchestra (“Labyrinths in the Wind”), and lately he has worked with live video processing in his music.

Sandred was teaching electro-acoustic composition at the Royal College of Music in Stockholm 1998-2005. He is currently a Professor of Composition at the University of Manitoba in Canada, where he founded Studio FLAT - a studio for computer music research and production. In 2016, he was a DAAD visiting professor at Hochschule für Musik Detmold in Germany for 4 months.

Sandred studied composition at the Royal College of Music in Stockholm, McGill University (Montreal) and at IRCAM (Paris). Among his teachers are Sven-David Sandström, Pär Lindgren, Magnus Lindberg, Daniel Börtz, Bill Brunson and Bruce Mather. During 1999 he worked as a Composer on Research in the Musical Representation Team at IRCAM. He has a particular interest in Rule-based Computer Assisted Composition techniques, and he has published several articles on the outcome of his ongoing research (for example in Computer Music Journal 2010 and Contemporary Music Review 2009).

Sandred regularly receives commissions from ensembles around the world. He has written music for performers such as (in Canada) the Quasar Saxophone Quartet, the Harrington/Loewen Duo, soprano Sarah Jo Kirsch, the Winnipeg Symphony Orchestra, (in Germany/France) the Camilla Hoitenga and Heloïse Dautry duo, Ensemble Ader, (in Sweden) organist Hans-Ola Ericsson, the Peärls Before Swïne Experience, Das Orchestra and the Swedish Radio Orchestra. He is also a frequent guest lecturer around the world. He has given seminars at Harvard University, at University of California at Berkeley and Davis, at Conservatoire National Superieur de Musique in Paris, at the Sibelius Academy in Helsinki, at the Bartok Seminar in Szombathely (Hungary), at Universität für Musik und darstellende Kunst Wien, at the Shanghai Conservatory of Music, at McGill University in Montreal, at the Interdisciplinary Centre for Computer Music Research at the University of Plymouth, at the Iceland Academy of the Arts in Reykjavik and other places.